If there's one a "things to do before you die" bucket list, I will definitely add going to Agora Sauna in Finland on the list.

Originally, it's an art project that turns into the world's largest public sauna in an island in the Arctic Circle. The sauna is built through the initiative of SALT, an arts and music festival. The sauna's architectural design was drawn from the  Norwegian fiskehjeller (fish racks).

This biggest sauna can accommodate more than 100 people. Guests can enjoy cultural arts and music, so Norweigans will be familiar and instill love for their culture and background.

I would also want to see the live arts performances while bathing on a sauna with a bunch of friends, while looking out on the majestic view of the Arctic Sea. 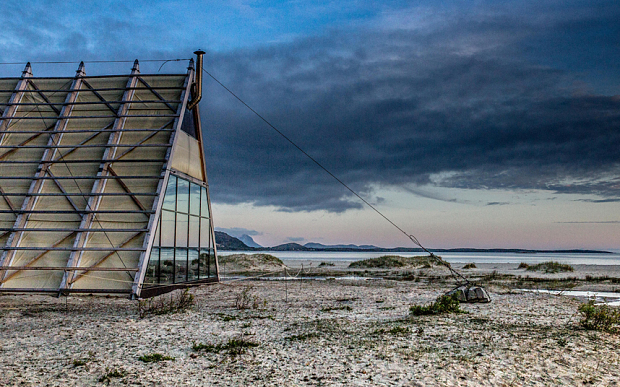 There are many health benefits of sauna use. So obviously that’s the reason why using sauna has been a long tradition for people in Eastern European countries, particularly Finland, and in Asia.

In fact, saunas are already a hit among athletes as it has been used for post workout muscle relaxation. Rhonda Perciavalle Patrick, Ph.D. claims true that saunas can have dramatic improvements on athletic performance which she refers to “hyperthermic conditioning.”

So how saunas can really boost endurance?

Athletes can experience obvious results of increased endurance, but that doesn’t mean other people don’t.

Exercise, especially on high intensity level, is one of the ways to boost endurance and it increases the body’s temperature.

Hyperthemic conditioning is getting the heat (just like the heat from exercise) through sauna use. This conditioning boosts endurance as it elevates the body’s temperature. As soon as the body adapted to the heat, it will then induce some beneficial changes to the body.

These beneficial changes include increased plasma volume and blood flow to the heart and muscles. There will also be an increase in muscle mass when heat shock proteins and growth hormones are triggered.

In a study conducted among athletes, those who had a 30-minute sauna sessions twice a week for straight three weeks after their workouts had increased their running time by more than 30 percent. There are also other benefits of sauna discovered in the study, and these include:

2. Increases the blood flow going to the skeletal muscle

3. It increases the time of oxygen transport to the muscles

5. Reduces the rate of glycogen depletion because of improved muscle perfusion

The Tradition of Sauna

Where to find a sauna?

They are everywhere from built-in house saunas to ritziest hotel saunas. This isn’t a culture of nudity; it is a well celebrated way of socialization and enjoyment of the hot steam coming from sayusaunas or kiuas.

Alcohol and Drug Users Can Benefit from Sauna

Sauna is beneficial to everyone – both young and old. This is why the Finns vouch to the many advantages of sauna in getting clearer skin, reducing stress, relieving muscle tension, and losing weight.

Do you know that people who are recovering from drug and alcohol abuse can benefit from sauna?

Have you seen a floating sauna on a lake?

That’s pretty much amazing and unique! I’ve never thought of one can build a floating dock with a cedar barrel sauna on top.

It’s pretty much work of a genius.